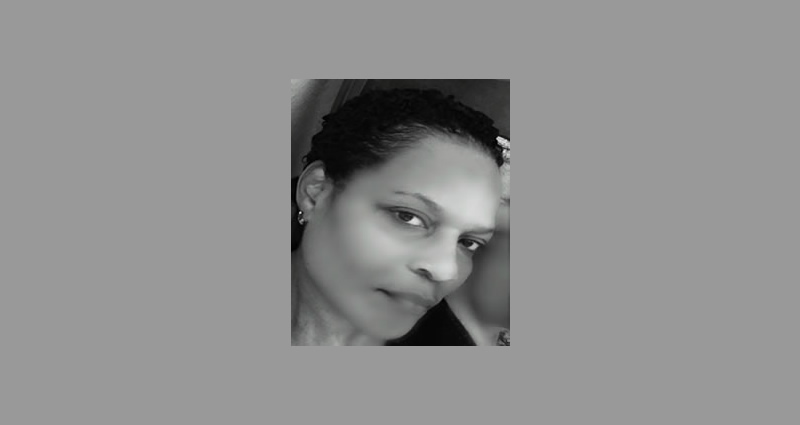 Following a disaster, unlike the physical damage which is all too obvious, the psychological toll will have a more lasting effect on the individual; the mental health issues that transpire can become overwhelming if not addressed. Such as was recently experienced by many, throughout the Caribbean Islands from a strength (category 5) hurricane and its aftermath that we’ve never seen devastated Dominica as Maria unleashed her fury on the Island.

Not only did it alter the external surroundings it also affected people mentally. Where the individual woke up to total devastation; seemingly in a daze, as they tried to wrap their heads around the widespread destruction before them.

The risks were people who had certain traumatic experiences in the past or other mental issues. These are the ones who require immediate treatment.

Some of the symptoms that may not seem very serious: anxiety, difficulty sleeping, sadness. Though most notice these changes, they tend to accept them as part of the impact of the disaster.

It becomes problematic when they affect the person’s ability to function. That’s a signal to seek professional help. Some may try to cope with these symptoms with increased smoking and alcohol consumption and become very irritable. However, it’s important to recognize these seemingly subtle changes.

Victims go into survival mode immediately after a traumatic experience- so you will find many telling you they are fine and seemingly appear to be coping on the surface-then when the reality of the disaster registers, these same individuals react totally differently in the weeks and months that follow.

It could cascade over time according to Dr.  Octave N. Martinez JR. Executive Director of the Hogs Foundation for Mental Health at the University of Texas at Austin

What the individual experiences are unseen. For some, the impact will continue.

Another aspect of Post-Traumatic Stress Disorder (PTSD) what is commonly referred to as Survivor’s Guilt-Persons not affected, feel bad that they did not experience same damage as others; or in the case of the loss of life -guilty they survived. In such Instances, people need to be reassured that what they are experiencing is normal

Disasters alter the normative structure of communities, which generally guide human behavior. So when there is a sense of confusion, people find themselves in dire straits, and sometimes engage in behavior that they would not in normal circumstances as previously stated.

Dr.  Daniel Sarabia, a Sociologist puts it this way, “in the absence of being able to produce the basic necessities, some will engage in behavior defined as deviant. It’s not a moral lapse just that values can temporarily change during disasters.

These events have people grapple with what is normal” Other sociologists agree that “looting and vandalism are outcomes of long-term, pent-up frustration, marginalization, alienation, hopelessness, anger and lack of social control. When these are combined with a situation presenting itself such as was the case of Maria, people will act out.

It is not surprising and it’s certainly predictable. As many countries and communities are coming to terms with this phenomenon, they realize that the key to mitigating looting is getting the situation under control as soon as possible. This was clearly absent in the immediate aftermath of Hurricane Maria.

It is not unusual to have so many people traumatized -with mental health issues related to the disaster. With an area prone to Hurricanes and Tropical storms, Mental illnesses such as PTSD and depression are quite prevalent. Tragically, it is not given much attention.

When you asked individuals what were the most devastating aspects of the disaster- they referred to the fear of being harmed and the welfare of others. These were the factors most highly associated with PTSD and psychological distress on a whole. Also the lack of basic items needed for survival. We are talking about water, food, medical attention.

Many are concerned for the single mother immediately after the storm. How were the needs of the young infant met-with no formula, no diapers and other essential items?

The entire country and critical health facilities have been impacted by the lack of power and running water. Despite the Government of Canada and other agencies providing the use of vessels to support relief efforts and help with the transportation of critical care patients, the situation still remains grim.

Fast forward 7 months post-disaster, this is still true in many communities. Unable to meet such basic needs which include tarpaulins, food and water supplies, water purification and hygiene kits, blankets and medical supplies.

Communication network systems remain a challenge, contributing to the isolation experienced by a large percentage of the population in remote areas of the island. This leads to depression and a sense of hopelessness leaving the individual vulnerable and at risk of developing chronic mental issues.

That’s why it was so important for family and friends to reach out to those affected. This is where TDN Radio played a pivotal role serving as a conduit for dissemination of messages between families and for the first few months was the only point of contact connecting Dominica with the outside world.

Areas for a more robust Mental Health support system have been identified and measures are taken to assist in that field of expertise. The Mental Health First Aid program was launched. However, more needs to be done going forward. More resources must be injected into the Disaster Preparedness Fund to address the psychological aspect of post-disaster.

In the months since Hurricane Maria, we’ve had reports of several deaths and further deterioration of health in general across the board. My focus is the mental status of our people. There has been an increase in alcohol consumption as a coping mechanism resulting in violence. Then the downward spiral depression begins.

It makes one think of irrational thoughts that seem reasonable…subtle at first. Then as the stress levels increase, one begins to ruminate about the bad. Nothing is going right. Everything is going bad. The lack of assistance with very little progress to speak of, has recovery moving at a snail pace on the ground; affords very little assurance to lessen the anxiety of the individuals affected by this disaster.

Certain areas still remain the same since the passing of the hurricane. Every time there is a report of rain the peoples’ level of anxiety goes up a notch. Exposed to the elements with many still with no roofs, and the added threat of flooding; the absence of electricity and water supply: problem sleeping exacerbate the depression. Thoughts of driving over a temporary Bailey bridge that sits on the river bed -the surface roads that are in such a deplorable condition make it a hazard to travel on. Imagine what that does to one’s psyche. it’s overwhelming and does very little to settle one’s nerves. This is the living hell our people have had to endure since post-Erika and now Maria. It’s akin to psychological warfare.

Lack of storage facilities affects the incoming of supplies causing a major backlog. This in itself has a psychological effect on the people. Any delay in assistance reaching the people will add to their already frail state of mind.

Need to be provided with the coping mechanism. Very hard to maintain a certain level of normalcy after being displaced. Every effort must be made to return these individuals to their homes or similar settings. Some semblance of structure. Get into a routine. Be able to resume certain activities. Set Attainable Goals: Avoid setting unreasonable Goals. For example, it may take a long time to recover from a financial hit.

The children, in particular, they need to be involved in playtime and other activities to help them cope with the destruction around them. Very important to let them verbalize what they are feeling

Part of the rebuilding phase should include implementation of services that will help mitigate the impact of post-traumatic stress disorder(PTSD); fully operational medical facilities, providing secure and well-equipped shelters; more hurricane resistant homes and dredging of waterways. Need to invest in new technology, improved engineering capabilities with regards to the communication, electricity, and water systems to facilitate restoration. These added measures will enhance the mental outlook of the nation.

Researchers have discovered, that a number of Survivors also showed a remarkable knack to bounce back, even grow. So one goes from post-traumatic stress disorder to post-traumatic growth. In order to have post-traumatic growth, survivors require the support of friends, services providers and Mental Health support. Others experience quite the opposite. They simply never recover from the traumatic experience

Other research has corroborated these findings, including one study of storm-affected areas showing that mental illnesses like PTSD and depression tend to get worse following the disaster. That study showed that the percentage of people experiencing suicidal thoughts several months after Katrina had more than doubled by one year after the storm, while rates of PTSD rose from 15 percent to 21 percent in that time period. (Katrina 10 years anniversary Huffington Post excerpt).

Recall the rash of suicides shortly after TS Erika, would be interesting to know whether there was a correlation.

Without the proper documentation, we have no way of knowing what the long-term effect is on the population. Therefore, we strongly suggest collecting data post-Erika and Maria with regards to stress-related deaths and overall mental health issues. Explore areas of physical, mental and social well being.

The condition may last months or years, with triggers that can bring back memories of the trauma accompanied by intense emotional and physical reactions. Symptoms may include nightmares or flashbacks, avoidance of situations that bring back the trauma, heightened reactivity to stimuli, anxiety, or depressed mood. Treatment includes different types of psychotherapy as well as medications to manage symptoms.

Sadly, we lack both the resources and necessary, tools to provide adequate treatment to those in need. If our Mental Health declines, so does everything else. Anxiety does not live in the present it lives in the past and the future.
POST TRAUMATIC STRESS DISORDER (PTSD) IS OF GRAVE CONCERN; THAT NEEDS A NATIONAL LEVEL CONCERN.

At The  University Of  Texas At Austin

Restoration of power, water supply and provision of food and shelter have been identified as priority areas for humanitarian response. Immediate food assistance is needed to support the affected population, especially in remote areas, before roads and markets open again, according to the World Food Program (WFP) back in September 2017.

The International Federation of the Red Cross and Red Crescent (IFRC) has launched an appeal for about $1.65 million to provide urgent assistance to 5,000 people. 56,890 Affected people – Source CDEMA – 15 dead, Source: CDEMA 100% crops destroyed Source: Dominica Government, 25% of Dominica’s workforce depends on agriculture. All 53 Health facilities have been affected,