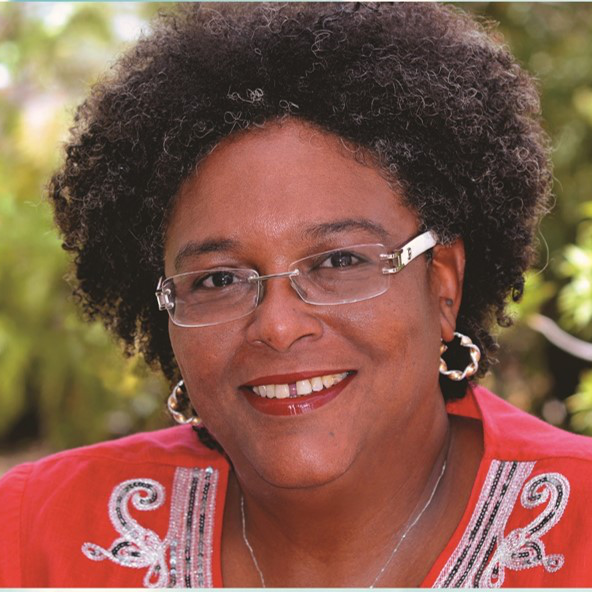 Below is the full text of her statement.

I am a bit disappointed that some Barbadians and others across the region appear duped by the attempt by a few who have sought to create discord and confusion over the decision of Adtalem Global Education to locate one of its institutions, Ross University School of Medicine School to Barbados.

I am not qualified to speak for or on behalf of Ross, but what I can say is that the hands of the Barbados Government are clean in this matter. Let me make it absolutely clear. Barbados came into the picture, only when, for Ross University, returning to Dominica for the start of the January semester in 2019, was not an option. This is not and has never been a case of poaching or enticing anyone away from Dominica.

Let me give you the facts.

The Government of Barbados was first approached on this matter on May 31st, 2018 within a week of forming the Government. In our first conference call the following day on June 1st, I sought to have a number of matters clarified. My first response was to enquire of the state of recovery and rehabilitation in Dominica and whether there was anything sister islands in the Caribbean, like Barbados, could do to fast track the process of rehabilitation in Dominica.

It must be known and understood by all concerned that Ross University had not actually been operational in Dominica since the passage of Hurricane Maria and indeed, the student and faculty bodies were temporarily relocated to two separate countries since last year, namely St. Kitts and Tennessee. That situation will continue I am told, into the next semester.

The question for Ross therefore was how soon could and would the situation be regularised to the extent of housing all students and the operation of the University, if not under one roof, surely on one island. Indeed, as they expressed it – how could they meet the expectations of all their stakeholders – their students, the parents and faculty – and then their shareholders, as a publicly traded company.

We enquired of Ross as I said, whether all options and scenarios had been explored and fully exhausted. We spoke with officials of the Dominican Government who were still hopeful of a return of the school, but who conceded that a January start-up was highly unlikely given their circumstances.

It was only after Dominica was ruled out for the January start-up of classes and when attention had turned to at least two other potential locations in the region, two sister Caribbean islands, that Barbados then embraced the idea of making itself available as a possible site for relocation.

It should also be noted that Adtalem Global Education has extensive operations all over the world and not just in the Caribbean. Hence their choices have always been not just the Caribbean region. In all our discussions with Ross, it was stressed, ad nauseam, the impact the move would have on Dominica and the Dominican economy and the clear need to mitigate any fall out.

I am aware of direct ongoing discussions between Ross and the Dominican Government and I am assured by all parties concerned that there could and would be an amicable resolution of this matter. We look forward to this. Let me stress that the relationship between Barbados and Dominica is strong. Our Governments work closely together and my relationship with Prime Minister Skerrit is very good.

Dominicans, their Government or their leader, simply do not know or understand Mia Amor Mottley. I am committed to partnering with Dominica in all of its recovery efforts. I said this before assuming office and I repeated this in many of my speeches since coming to Government.

I repeat – Barbados embraced the idea of housing Ross University only when and after it was determined that a return to Dominica was not an option at this time.For anyone in the region to suggest otherwise is at best, ignorant of the facts and at worst, downright malicious.

I am not at liberty to divulge the nature and focus of discussions currently taking place between Dominica and Ross, but I can say to all concerned that I have certainly made my views known on what can be done to ease the pain of the loss to Dominica of this enterprise. I believe also that over and beyond the issue of Ross and Dominica and Ross and Barbados, there is the bigger question of how we treat as a region to these mega entities and their interests in investing in our Community.

That is why we will shortly have before us as Ministers of Finance and thereafter as Heads of Government, the consideration of a Common Community Investment Policy and Investment Code. I firmly believe that we can achieve so much more if we cooperate as a region in these matters.

Barbados will remain committed to ensuring that we will continue to help our brothers and sisters in Dominica as we have done as a Nation after each of the storms and hurricanes in recent years. We have made it clear that we will welcome with open arms any persons on faculty from Dominica and any students who come on scholarship to Ross from Dominica.

We ourselves as a Government, will offer scholarships at the Barbados Community College and the Samuel Jackman Prescod Institute to Dominicans so that they may have as many people working ultimately to rebuild Dominica with as many skills as possible as they can. I hope my friends, that this statement provides the clear factual matrix. 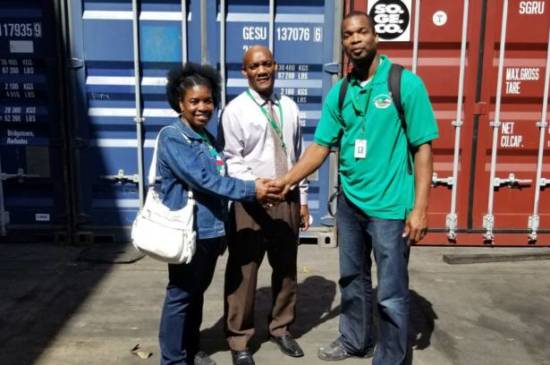 by Peoples Party Of Dominica 0Comments