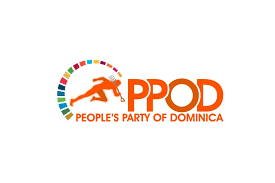 Is there really a viable alternative for the leadership of the country? There seems to be a growing question asked by many Dominicans, “If not Skerrit, then who?”. This question has become even more of a concern since the last parliamentary sitting and recent interview conducted with the Leader of the Opposition. Never before has the Opposition as a whole proven itself to be this unprepared to lead a country, to be an alternative, to be a government in waiting.

For us at PPOD, it was obvious at the parliamentary sitting that the Opposition United Workers Party (UWP), after two and a half years, have still not mastered or understood the parliamentary rules and procedures. The constant misuse of the “points of order and
clarification,” and lack of knowledge and understanding of the procedures when in use, makes clear that any of the concerns held by the public, would not be adequately and effectively presented before the House of Parliament.

There were clear departures from parliamentary decorum, and the constant suggestion by the Speaker to the members of the Opposition to read and study the parliamentary rules seemed almost elementary, similar to a teacher telling her students to do their homework. The Opposition must represent a government in waiting and conduct themselves as such. They should be able to properly articulate the public’s concerns in a manner that is effective, and so, able to achieve the desired result. We are aware of that which was the goal of the Opposition, and though their goal was somewhat achieved, was the presentation or implementation of this satisfactory or effective? With much energy spent to suspend the amendment to the Electoral Act, was this expended effort on one point of contention pursued to the detriment of proper scrutiny of the Supplemental Spending Bill? Was there a game plan to adequately scrutinize all the matters being brought before parliament.

Was the Opposition even able to disclose fully to the public, what ALL the proposed bills addressed specifically and the content of their written text? Was their adequate research done to give rebuttals to the government’s explanations or answers to questions? We ask these questions because there were clear moments when the government’s answers and explanations lacked merit or proper foundation. These cracks in their armour were seemingly unchallenged thus losing clear opportunities for further scrutiny of the proposed bill/bills by the opposition.

The Opposition purports to have ideas on how to turn around the economy, yet seem to have no measurable solutions, structure or strategy for achieving those goals. The leader of the Opposition in particular, seems unable to properly articulate a feasible and sustainable plan that if elected, will increase employment, upgrade health services, stimulate the private sector or
address the discontent of the public sector employees, areas which PPOD believe should be high
on the priority list for the country. An alternative government also should be accompanied by alternative legislation.

Therefore, we must ask, although the current government has brought proposed legislation to the parliament, what has the opposition brought in the alternative? While opposing certain actions of the government, what solutions have they formally brought forth? Are we to assume that based on the lack of knowledge of the parliamentary rules, that they also lack the requisite knowledge on how to properly put forth or present alternatives of their own? If this is the case, what type of Opposition are you? One who protests to achieve its goals or one who uses the law and the rules set forth in the chess game of politics.

If the goal of the Labour Party was to make the opposition UWP look inept and unqualified to lead, that goal was clearly met and furthered by the actions in parliament against the Opposition. We would encourage the Parliamentary Opposition, as the Speaker of the House did, to do its homework and research in order to be more effective and efficient parliamentarians at the next sitting of the Parliamentary House.

To the Opposition United Workers Party, PPOD leaves this message; it matters not how strong your beliefs, how genuine your message, if it cannot be properly communicated in a manner suitable for its audience, your message is lost, even before it is uttered. It is important to act like the Government you seek to become, for it is the Government the people will expect you to be.