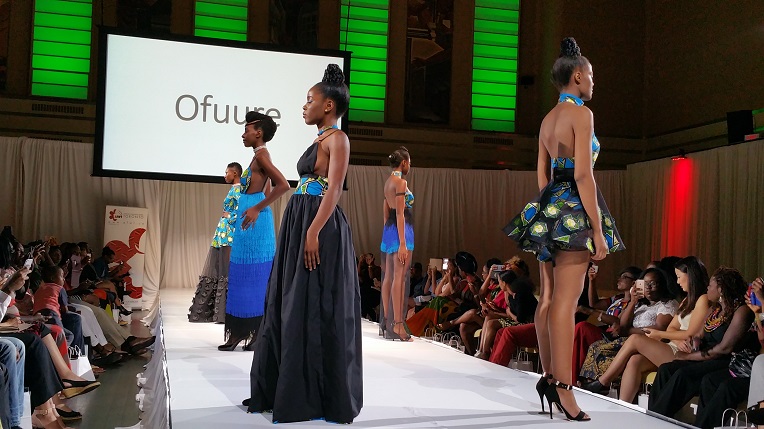 The fourth edition of AFW featured several haute couture events, showcasing designers of African descent or with an afro-centric aesthetic, from August 18th-21st. The Student Designer Competition was held on Day 2 and saw several student designers go head to head in a battle of innovative, vivid and beautiful clothing lines.

The designers who competed included Cannonball Diva, Janae Welsh, Zoba Martin, We are Kings, Lexynelle Reveur, and S.O.K.I. Abakasanga’s line, “Ofuure” captured the top spot for being cohesive, vibrant and creative. Abakasanga spoke to TDN news shortly after the announcement and said the win was validation for her vision, “Getting to show here at African Fashion Week is such a great opportunity to promote my designs, and to win just makes all the hard work worthwhile!” she exclaimed enthusiastically.

Abakasanga’s energy and effervescent personality is evident in her latest collection with its bold prints, and innovative tailoring. As the winner of the Student Designer competition, Abakasanga was able to showcase her collection, amongst professional designer lines, in the High Fashion Runway Showcase which was held on Day 3 of African Fashion Week.