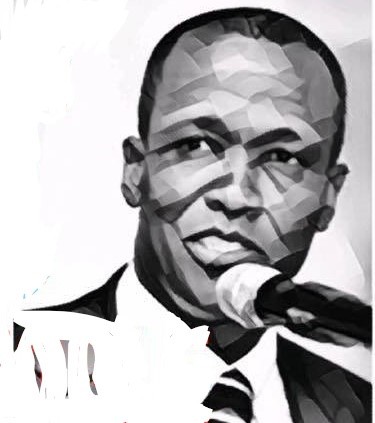 Dr. Thomson Fontaine a well-respected and leading Economist in the World Economy. Also plays a pivotal role as a policy advisor to governments globally. With his area of expertise as former International Monetary fund (IMF) Economist, he is a wiz at turning countries economy around.

It’s no surprise then when he was sought out by the United Kingdom and appointed Senior Economic and Financial Management Advisor to the transitional government of South Sudan. A position he’s held since May of 2017. Having just returned to South Sudan following a three-week furlough; he returned to Dominica within days of Hurricane Irma which posed quite a threat to the region.

Always willing to step up and offer his services where needed, he volunteered to report from Q 95 with up to the date coverage on Hurricane Irma as it approached : A former Geography teacher, he is well suited for the task with a comprehensive knowledge of the region, weather patterns and formation of hurricanes: exhibited proficiency in tracking of the hurricane and breaking down the science of the weather system in a way that the average person could comprehend.

From their origin and how they develop into the different types of storms based on their location. Simplistic yet scientific from a meteorologist standpoint. Maintaining a high level of professionalism in reporting the sequence of event. So much so, the BBC, Weather Channel broadcasting network and other affiliates took notice.

Stating that the African Easterly Jet is unstable, resulting in undulations in a north-south direction, often forming a corresponding north to south trough, or wave, that moves westward off the West African Coast. When these waves of air have enough moisture, lift, and instability, they readily form clusters of thunderstorms, sometimes becoming correlated with a center of air circulation. When this happens, a tropical cyclone may form as the areas of disturbed weather move westward across the Atlantic.
Throughout most of the year, these waves typically form every two to three days in a region near Cape Verde (due west of Africa), but it is the summer to early fall when conditions can become favorable for tropical cyclone development

People were calling from all over the Region, as far afield as Europe listening to the broadcast. Dr. Fontaine accompanied by Hon. Joshua Francis, Hon. Lennox Linton, Hon. Hector John and their Host Matt Peltier made an awesome team . Congratulations!

He has such a penchant for the topic he soon had everyone talking coordinates! Suddenly latitude and longitude converted to actual miles made perfect sense in relation to the distance of the storm from the land mass. To top it all, his command of the French language had everyone saying ooh la la…as he translated news coming in from the Neighboring French Islands, regarding the Island of St. Martin after the Hurricane made landfall.

Tuning in to Q95 FOR A SPECIAL WEATHER REPORT BY DR. THOMSON FONTAINE somewhat

lessen the anxiety level triggered by the storm as it left a destructive path in its wake battering the northern Lesser Antilles.

I think we came away with a much better understanding of hurricanes and the devastating impact they have on lives.

This will be a hurricane experience for the ages not only for its catastrophic nature but also the unusual trajectory as if taking directions by GPS. The highlight, however, is the emergence of a diamond in the rough revealing many more facets than anyone anticipated. The rarest kind that stands out from the rest. Multi-talented yet shows so much humility. A Son of the soil so gifted, he leaves everyone in awe.

This certainly has earned him another feather in his cap. When he flew back from South Sudan to monitor the Hurricane, little did he know his selfless act of service to country would generate this much excitement and attention from all over the globe.

Maybe Chief Meteorologist should be added to the mix. The question on everyone’s mind: Will Dr.  Fontaine receive the recognition?