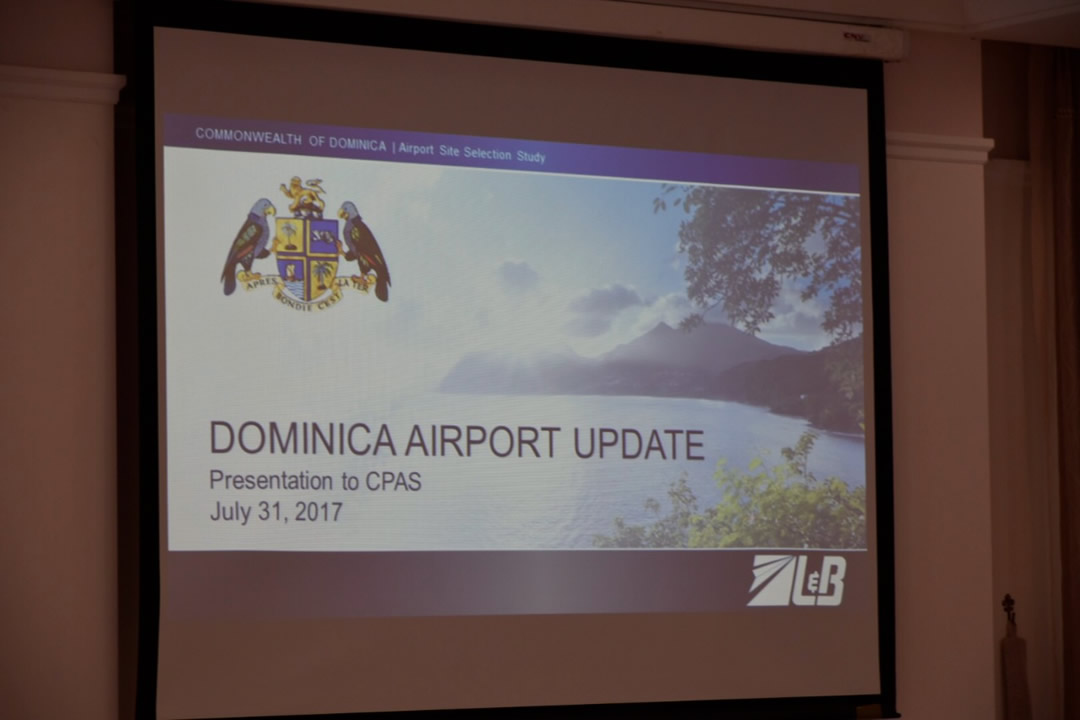 Why be secretive about who the American consulting company is that is involved in the new international airport development when there is no secret? It was already was exposed 14 months ago, on July 27, 2017, in one of the media publications in Dominica. Yet, no one noticed it. In a ‘high-profile meeting’ which took place in the State House Conference Center, a few hours after the parliamentary debate on 2017/2018 National Budget, the Cabinet of Ministers and other high-ranking officials of the Commonwealth of Dominica received an update on the development plans for an International Airport for Dominica. In the media reports, the name of the US consultants is not mentioned. Between then and now their name is still not mentioned.

Various photos of the 2017 meeting were provided to the media by the Office of the Prime Minister. There was a slide presentation. One of those slides shows the logo of the company that made the update for the Dominican government officials: L&B, Landrum, and Brown.

L&B stands is a highly reputable global firm that has specialized in aviation planning and development for close to 70 years. L&B claims to be the industry leader in planning the world’s most successful, high capacity airports. It is headquartered in Cincinnati, Ohio and has 24 offices spanning across six continents.

Why all the secrecy when it will come out anyway? Credible investigating journalists do research. Every foreign embassy in the region has analysts of their intelligence agencies who study accurately and analyze what is published in the local media simply because it may give them an indication of foreign involvement or local developments. So, why the secrecy, especially since it was public information already, yet, that almost went unnoticed.