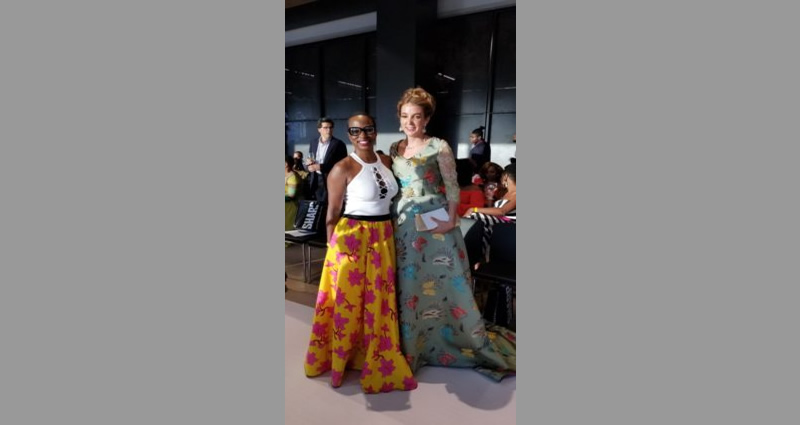 A cross section of luminaries in the African Fashion Industry; were honoured during the 2018 African Fashion week event held at the Globe and Mail building in Toronto. Amongst those recognized for innovation and significant contribution to the Afro-centric fashion industry: Couture designer Adebayo Jones who received the Lifetime Achievement award.

Emerging Designer of the Year went to Zoba Martin, Fashion blogger of the year was won by Stay Magnifique, Fashion Stylist award for Mr. Adomako,Rising Star female model was taken by Lindura, while Chinna Trey was selected Rising Star male model of the year.

Neveen Dominic won Beauty Professional of the year, and dedicated her award to her fellow refugees of South Sudan, while The Global Empowerment Award was won by European royalty-Princess Tessy De Nassau of Luxembourg.